Game of Thrones’ seventh season is finally here. Last year’s big talk was about the “death” of Jon Snow, while this year’s papers and websites are filled with speculations on how many episodes are missing till the end and which one of the five prequels series in development will be produced.

Let’s start from the most important question: how many episodes are missing till THE END?

For a while the rumors seemed to confirm that we still had 15 till everything is over, but now it looks like there are no more doubts. GOT will finish in 13 episodes divided in 7 in this season and 6 in the eight one that will air in 2018 or 2019 (yet another secret!).

The prequels talks are more complicated to figure out, the only thing we know is that a few writing teams are working on four, maybe five, different ideas and Game of Thrones’ father, George R.R. Martin, is an active part all of them. The influential and competent entertainment newspaper The Hollywood Reporter interviewed the president of HBO programming Casey Bloys that answered including many interesting, but not conclusive details…we just have to wait and see.

Therefore, I have decided to distract myself with cooking. I prepared the reworking of a fragrant recipe included in the amazing book “A Feast of Ice and Fire” written by two wonderful foodbloggers Chelsea Monroe-Cassel and Sariann Lehrer. The cookbook teaches all the recipes extracted by Martin’s Saga books. The recipe was initially featured in my blog Calde Delizie.

It’s one of Arya’s favorite sweets…

She filched one anyway, and ate it on her way out. It was stuffed with CHOPPED NUTS AND FRUITS AND CHEESE, the crust flaky and still warm from the oven. Eating Ser Amory’s TART made Arya feel daring. Barefoot surefoot lightfoot, she sang under her breath. I am the ghost in Harrenhal. —A Clash of Kings

Title: Fruits and Cheese Tarts from Game of Thrones

Harrenhal’s cook brings the honey and wine to boil, then reduces the heat and skims the foam. The liquid has to be let cool to obtain a syrup consistency of a bright bloody red. 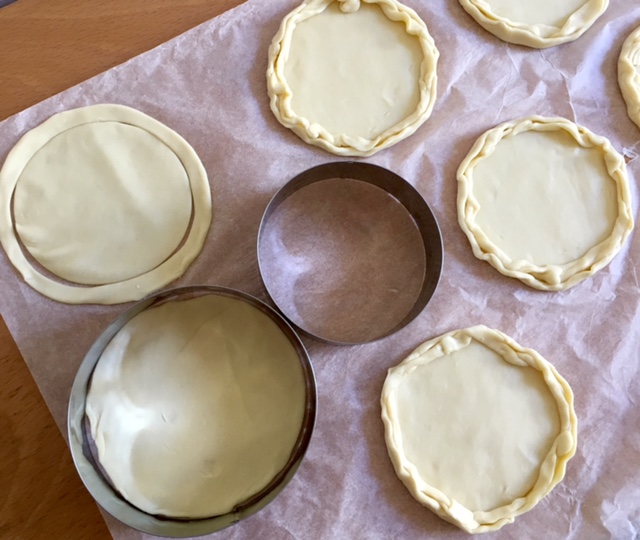 Then with a smaller cutter shape the cook creates smaller disks in only 5 of them and moves them on the remaining 5 to form a crown with the exceeding part of the pastry (as shown in the pic) and give more strength to the base.

The secrets for the best result is to prick the pastry with a fork, brush with a beaten egg and put outside of the window (or in the freezer…) for an half hour.

The cook cuts into cubes the apples after peeling them off and whisks the soft goat cheese with the lemon juice and a pinch of salt.

Once the tarts are frozen she fills them with cheese and apple cubes  and sprinkles with plenty of pepper and chopped walnuts.

Once cooked the tarts are left to cool, till a hand snicthes one of them living a trail of bloody…syrup… 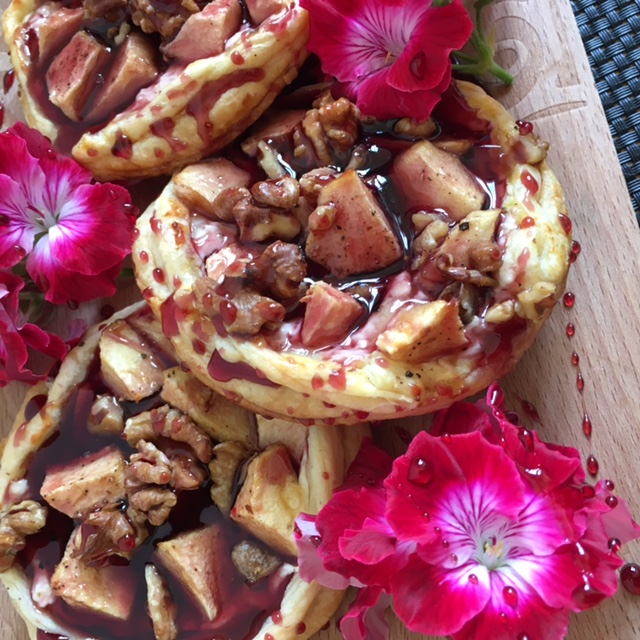 Food and the Stars: Celebrities’ Cookbooks
Scroll to top