Welcome back to Food and the Movies top Recipes! They know how to eat, how to love and how to make us laugh: they are the protagonists of the iconic movie My Big Fat Greek Wedding. And nothing can represent them better than a fabulous Vegetarian Moussaka!

My Big Fat Greek Wedding is a movie that became a very positive statistic in film history being the romantic comedy that earned the most at the box office starting from a “low” budget of 5 million dollars.

The secret of its success is that the picture has been written, directed and acted with both heart and guts. Moreover, it tells a universal story that all of us would want to live or have lived already.

Toula, the lead character, shows us how easy it is to change her own life just trying for a second to put her wishes before her family expectations and she finally opens up to the world. In fact, even if she is already over thirty she takes the simple decision to attend some university courses obtaining the job she likes. Thanks to her new career and some small aesthetic improvements she finds her identity and LOVE!

The small problem is that her fiancé is not Greek and does not eat meat…..

A prefect plot twist that creates a funny series of gags and jokes acted by phenomenal character actors that in this film have the opportunity to shine. And the blockbuster is served 🙂

Many years later they tried to show the same magic in the second chapter, but unfortunately the artistic and monetary results have been much different.

Re-watching n.1 again and again is the best way to forget about n.2 seasoning your evening with a Greek menu with a twist: a VEGETARIAN MOUSSAKA…no, it don’t contain no meat 🙂 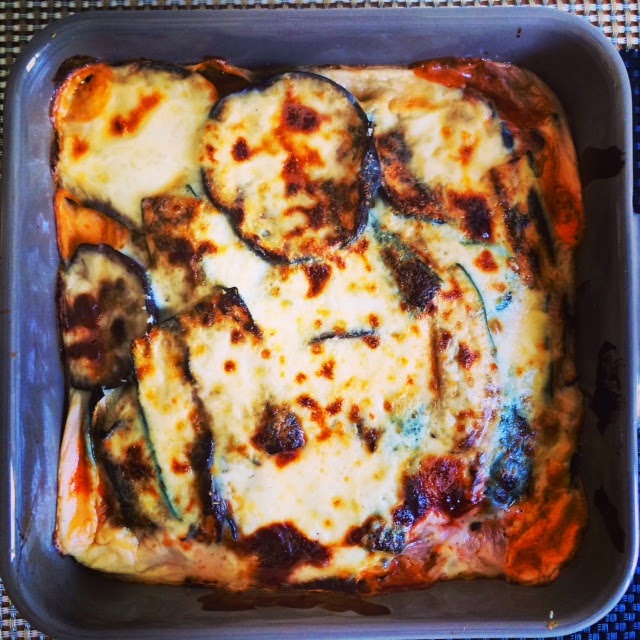 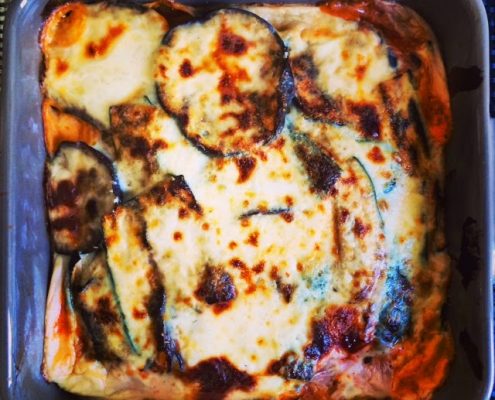 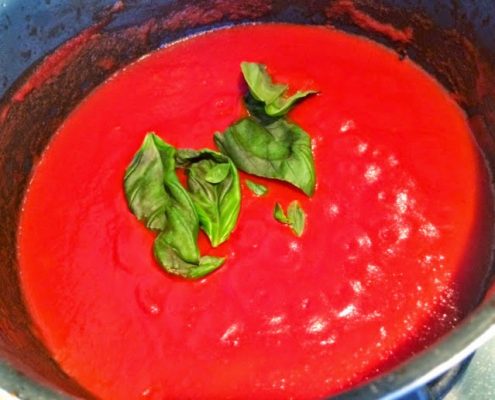 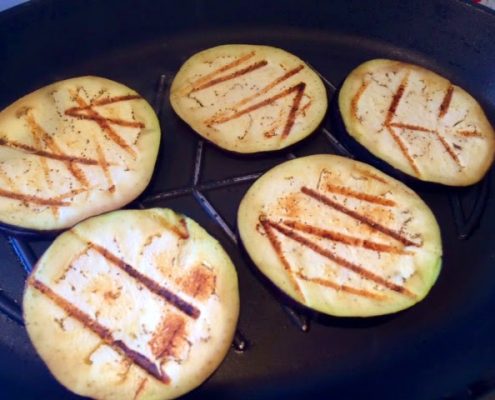